The History of Agate Construction and Jim Uhl’s Legacy 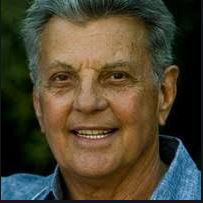 Jim Uhl, a Marine Officer and Vietnam War Veteran founded Agro Construction, which was primarily an agricultural construction company at the time, on the Salt River Maricopa Pima Indian Community in 1973. Jim grew Agro into a concrete, steel, pre-engineered metal building, and earthwork contractor for 15 years that in 1988, and due to its growth in other market sectors, changed the name of the company to Agate, Inc., where it flourished as a general contractor, and steel fabricator and erector, building projects throughout the United States and abroad.

Agate Steel, Agate Concrete and Agate Construction, the Agate family of companies, have been built facilities from Alaska to Florida while putting a geographical emphasis on the Western United States. Uhl built a company culture founded on his Marine Corps’ experience; aligning the core values of the company with honor, determination, pride, discipline and simply doing things the right way; an approach that he referred to as “Certainty of Outcome”.

In 2016, after being at the helm of the business for 43 years, Uhl began the process of transitioning the ownership of the three entities, Agate Construction,  Agate Steel and Agate Concrete to Lou Primak and Rick Nichols. Rick and Lou have known each other since 1977 when they went to Chandler High School and then on to college together at Arizona State University. Uhl was adamant about the succession and legacy of the Agate group of companies, and most importantly, its people. As opposed to selling or liquidating the company, Uhl developed a succession plan to allow for the transition and sale of the company to Nichols and Primak.

Uhl and Primak met each other and started working together at Agro Construction in 1985, while Lou was attending Arizona State University’s Del E. Webb School of Construction. Lou started his construction career as an intern working under Jim’s guidance and oversight. Jim followed Primak’s career for 30 years offering advice and guidance to Lou as he advanced his building and construction management career on many significant and large commercial construction projects in primarily the Marshall Islands, Arizona, California, Nevada, and Colorado.

Uhl played an instrumental role in the succession plan and transition process, providing support and guidance as Primak and Nichols positioned Agate to move forward into the Southwestern United States construction arena. Three years after buying the company from Jim, Lou and Rick consult with Jim regularly for guidance and advice relative to issues that he managed at Agate for 43 years.

Since 2017, Rick and Lou are most proud of the Team they have built that safely execute projects and will carry the company forward for many years to come in the Commercial and Industrial Construction market sectors as well as continue to grow the steel fabrication and erection business throughout the greater Southwest.