The groundbreaking kicked off with an event, held onsite, on April 14th. The project consists of demolition of the existing structures and construction of a new sales and service facility, including sales and showroom areas, a two story parts warehouse, a 30 bay service department, automated car wash tunnel, and a separate detailing building. Agate Construction will complete the necessary demolition, as well as the new underground utilities, new masonry buildings with bar joist roof structures and all interior finishes. The dealership sits on 6.7 acres, which will boast new landscaping, new asphalt driveways and service drive. A unique element will be the high speed overhead doors in the service department.

The previous facility, originally built in 1966, housed Las Vegas’ first and original Dodge dealership. Chapman Automotive Group purchased the dealership in 1989 and has serviced the Las Vegas community for more than 32 years. John and Ted Chapman, CEOs, have committed to having first-rate facilities for their employees and clients throughout the franchise group of 20 dealerships. The Henderson Chapman facility, originally built in 1998, recently completed a significant remodel, performed by Agate Construction. Future improvements are planned for other Chapman locations in southern Nevada in the coming year. Agate Construction and Chapman Automotive Group have successfully completed eleven projects together over the past four years.

The architect for the project is BRB Architects and the owner is Chapman Automotive Group. 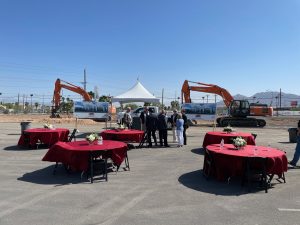 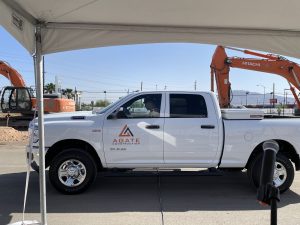 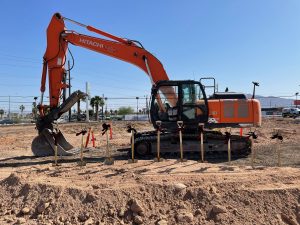 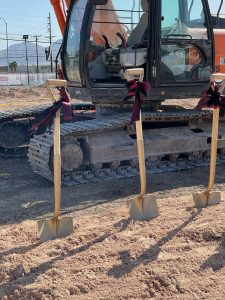