Featured in the Reno Gazette Journal: The Camp Fire Destroyed His Pizzeria. COVID-19 Won’t Stop His Plans to Rebuild in Sparks 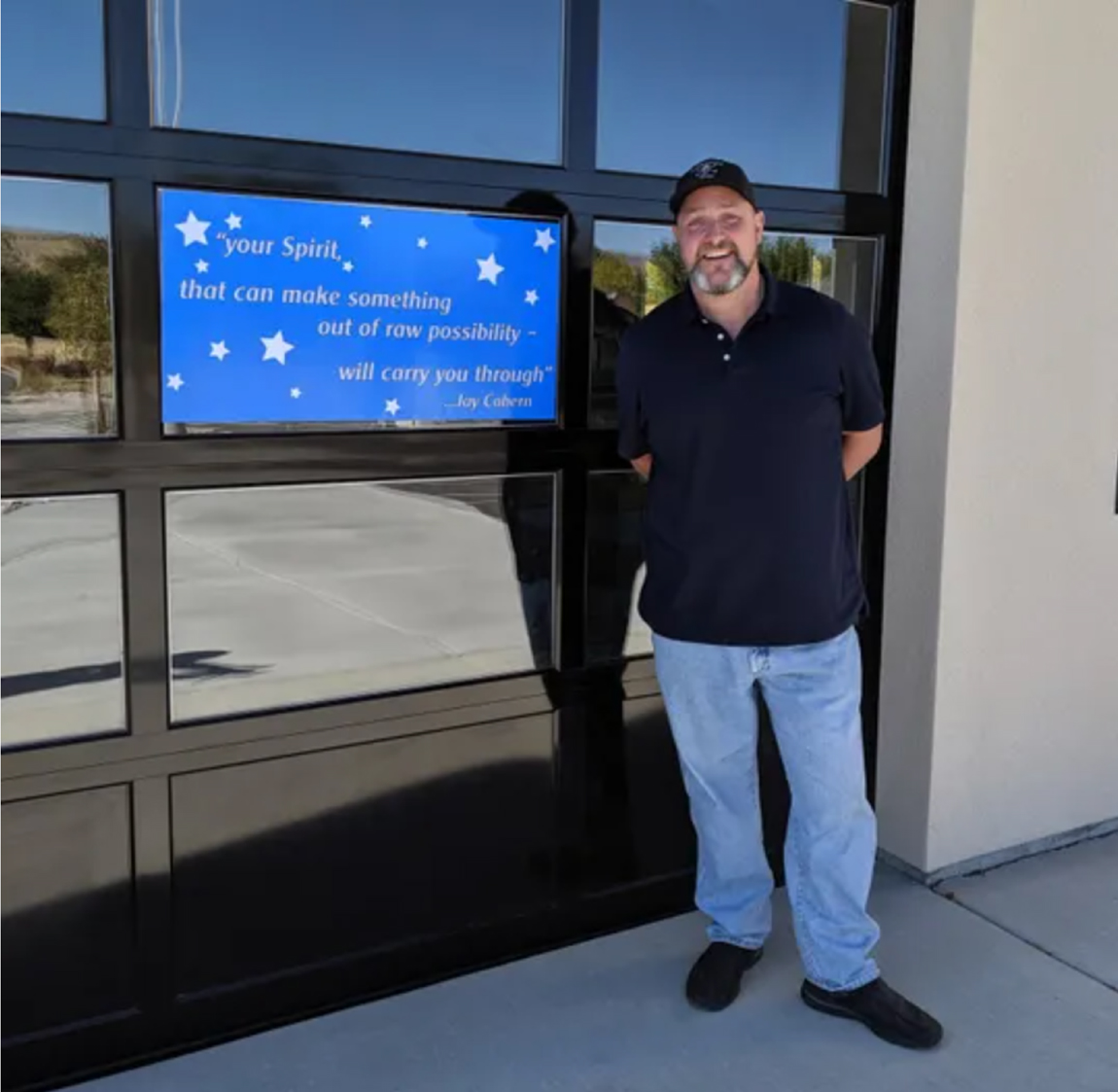 An arc, mathematicians will tell you, is a curve connecting two points at either end. A brick arc, in sandstone the color of espresso, joins two points in the life of Jim Flanagan, his then and his now.

At one end of the arc lies the Camp Fire of November 2018, the deadliest in California history, which destroyed the town of Paradise, taking with it Flanagan’s home and his restaurant, Mamma Celeste’s Gastropub & Pizzeria.

At the other end of the arc lies the new Mamma Celeste’s taking shape at 360 Los Altos Parkway in Sparks, where Flanagan moved after the fire early last year.

The brick arc itself once trimmed the mouth of the pizza oven at the original Mamma Celeste’s. “My sister dug it out of the rubble and saved it,” Flanagan said. “My plan is to bring it here and mount it.”

For independent restaurants, the business can be precarious even in the best of times. But to build and open a restaurant during a pandemic, with fewer customers allowed, no bar seating and a hobbled economy — what in hell is Flanagan thinking?

When the pandemic hit, I had an option of pulling out,” Flanagan, 46, said. “I had not signed my contract with my general contractor. I had the architectural and engineering plans produced, but I had not submitted them (for approval).

“I could have tucked those things under my arm and waited to see what happened. I thought about it, and I said, ‘Absolutely not!’

“I literally ran from my home with the clothes on my back and a bushel full of pictures. The way I look at it is: What more could be taken from me?

“If I’m gonna go out, let’s go out doing something I have dreamed of wanting to do.” 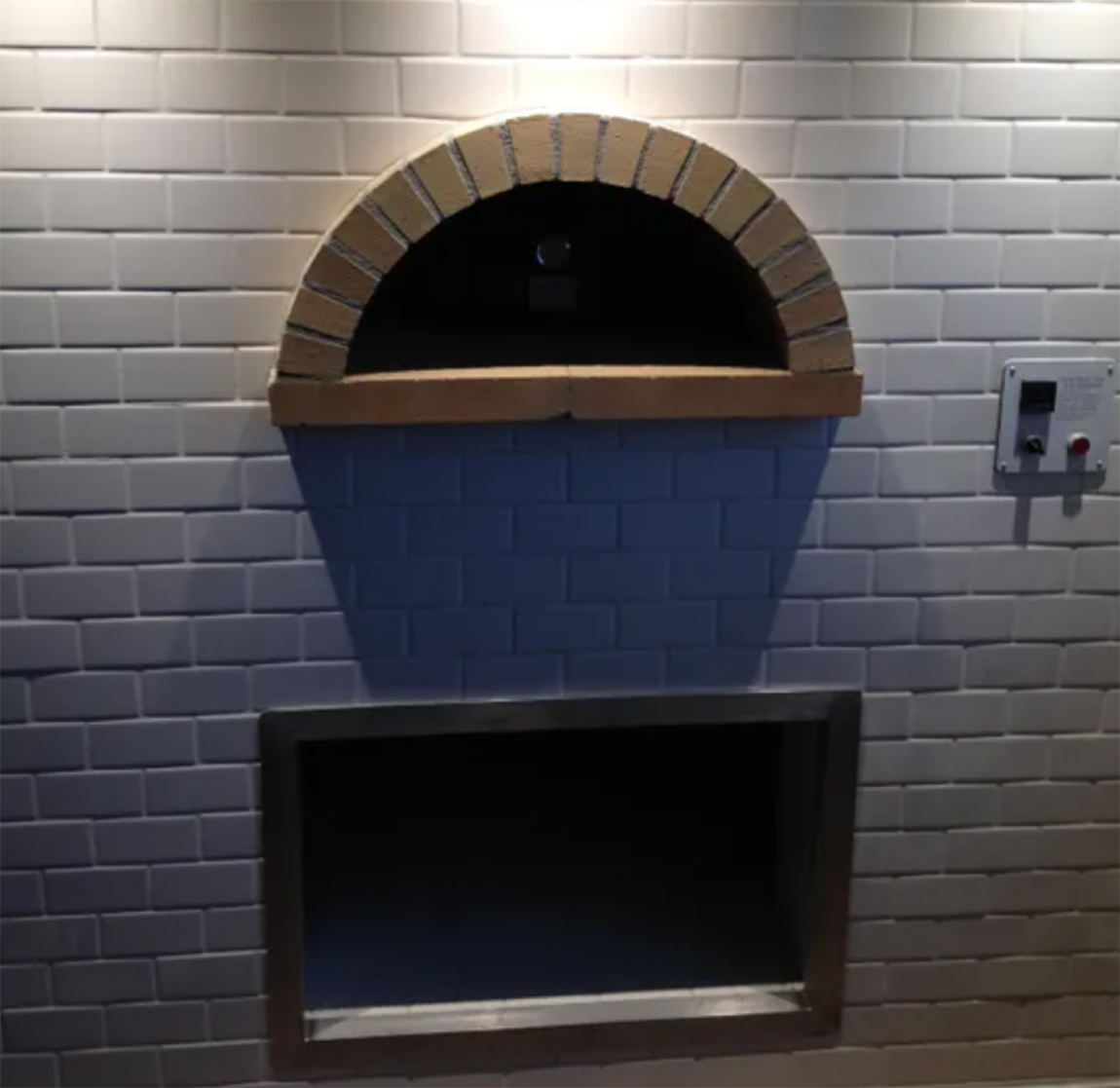 California State Route 70 makes its way north from Sacramento, passing east of Chico and Paradise, then meandering to join U.S. 395 near the Nevada border. Flanagan opened Mamma Celeste’s in Chico in 2012 while living in Paradise.

“My dream was to have my business in the same town I was living in,” Flanagan said of his decision to eventually move the restaurant to Paradise. “I found a location on my third try, an old beat-up diner, 60 years old. I remodeled it for 10 months. I had it open for four months (before the fire).”

When he lived in Paradise, Flanagan often took California 70 to visit Northern Nevada, especially for skiing at Lake Tahoe. He decided to relocate to Sparks and rebuild there because “the community of Sparks feels like the community of Paradise, even though it’s bigger.

“If I’m being selfish, I’d also say because of being a lot closer to skiing,” he said, laughing.

Not deep: From the wood-fire oven, the real Chicago pizza

The new Mamma Celeste’s, named for Flanagan’s maternal grandmother, a great cook, was designed by MBA Architecture & Interior Design of Reno and is being built by the local office of Agate Construction. Estimated opening is sometime in late summer.

The restaurant will occupy a 2,500-square-foot space with a 55-seat dining room and a 20-seat bar at total capacity, plus a garage-style roll-up door and a terrace looking onto the Sparks hills.

A wood-fire pizza oven will take pride of place. The build-your-own section of the pizza menu features deep-dish and “cracker crust” pizzas, both specialties of Flanagan’s hometown of Chicago.

In fact, some Chicagoans say deep-dish is a cheese-burdened cliché best left to tourists. They say the real Chicago pie is a round one with a crisp, crunchy, cracker-y, whippet-thin crust sliced into squares, not wedges.

Chicago locals call this pizza a bar or pub pizza, Flanagan said, something to snack on with a beer at the tavern.

Another section of the pizza menu offers classic pies like a Margherita; a host of specialty pies, including a red-sauce J’s Freight Train with Mamma’s meatballs and a white-sauce Club Pizza with club sandwich toppings; and vegetarian, vegan, gluten-free and dairy-free options. 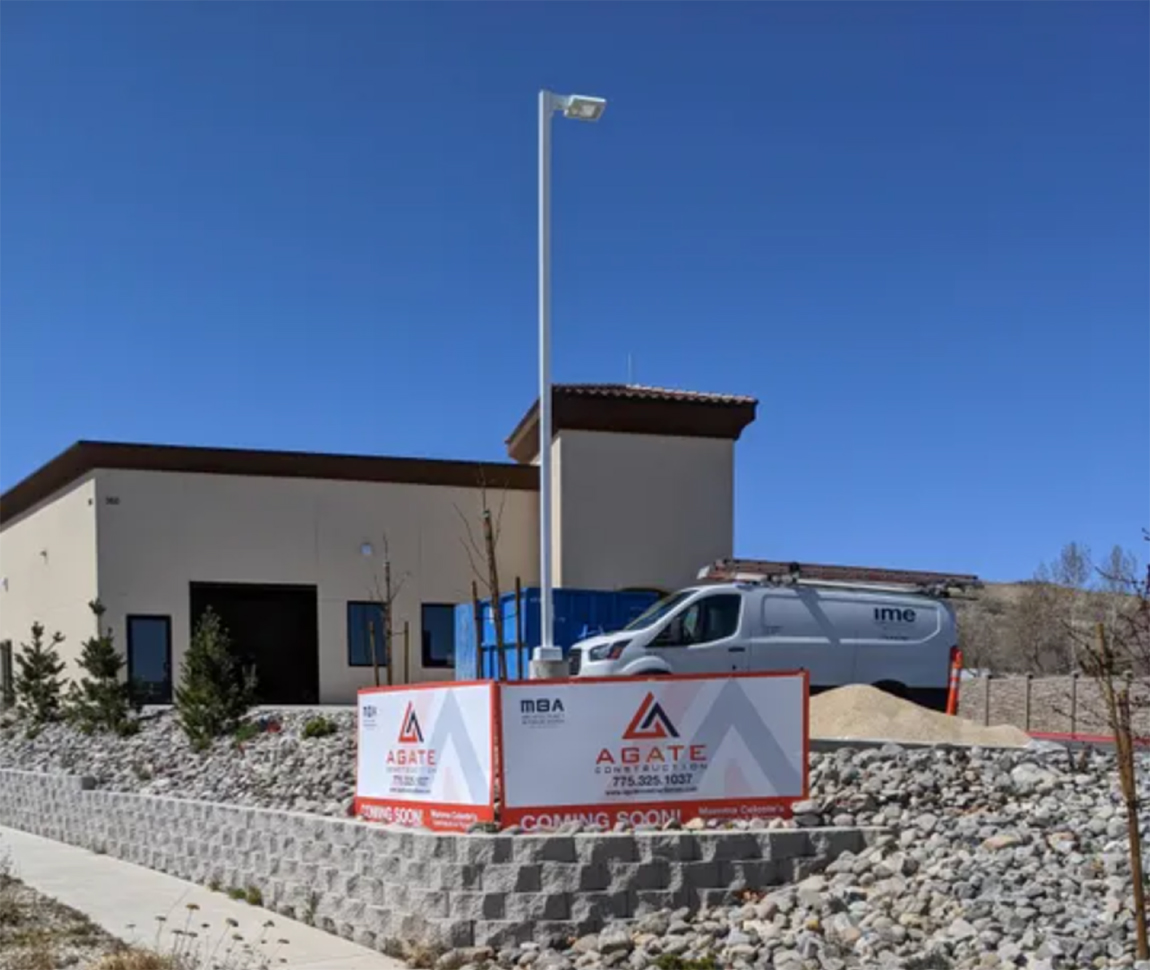 On the gastropub side

But Mamma Celeste’s is going to be more than a pizzeria, Flanagan said, in keeping with the gastropub part of its name.

There also are salads; sandwiches like an Adult PB & J of Texas toast, organic peanut butter and strawberry jam (get naughty with Nutella or marshmallow cream); and DIY and specialty burgers like the Paradise loaded with a fried egg and Canadian bacon.

“We have a large community from the Pacific in Sparks, so I’ve also got to find a way to put Spam on the menu,” Flanagan said. Another idea: weekend tacos filled with pastor meat sliced from the vertical spit. If there’s leftover pastor? “I’ll use it for pizza toppings.”

6 Mamma’s employees made the move, too

Six colleagues from the old Mamma Celeste’s in Paradise have moved to Northern Nevada to work at the new restaurant. Flanagan said he understands the responsibility that brings.

“I find that to be the most incredible thing, the most rewarding thing, that anyone could ever give me their trust in that way, I don’t want to take it for granted. I’m going to be creating an ownership pool for them as time goes on. We’re excited to get at this.”

Perhaps surprising, not yet being open works to Flanagan’s advantage in some ways during the pandemic.

At the old Mamma Celeste’s, Flanagan always required workers to wear gloves, he said, and his hand washing stations were always touchless, from soap dispensing to knee-operated sinks to hand dryers.

There’s plenty of parking at Mamma Celeste’s that could be converted into seating with the proper permits, plenty of room for curbside pick-up, and pizza is the optimum takeout and delivery food.

“I can certainly offer curbside. I can certainly market more for takeout, but this is not a takeout pizza place,” Flanagan said. “This is predicated for dine-in. I love the service aspect. If I was going to do takeout pizza, I would have bought a Pizza Guys franchise.”