Featured in the Northern Nevada Business Weekly: After Losing Everything in the Catastrophic Camp Fire, Business Owner Turns to Sparks to Rebuild

SPARKS, Nev. — In late May 2018, Jim Flanagan found his sweet spot as a restaurant owner. Moving Mamma Celeste’s Gastropub and Pizzeria from Chico to Paradise, Calif., Flanagan quickly saw his eatery fill to the brim with local patrons.

“Paradise didn’t get a lot of new restaurants,” said Flanagan, who had been a resident since 2009. “And when we opened, we just hit it — it was instantaneous success.”

Success Flanagan got to savor for only five months. On Nov. 8, 2018, a massive wildfire swept through Paradise, killing 85 people, leveling 18,000 structures and burning more than 150,000 acres. Named the Camp Fire, it was the deadliest and most destructive wildfire in California history, and worst in the United States in a century.

Flanagan’s home and business burned to the ground, frosted in gray ash like the entire town.

“It was 10 months of blood, sweat and tears,” Flanagan, whose restaurant was the product of remodeling a 60-year-old diner in Paradise, told the NNBW. “It was this year-long opus that culminated in major success … only to have it ripped through my fingers.” 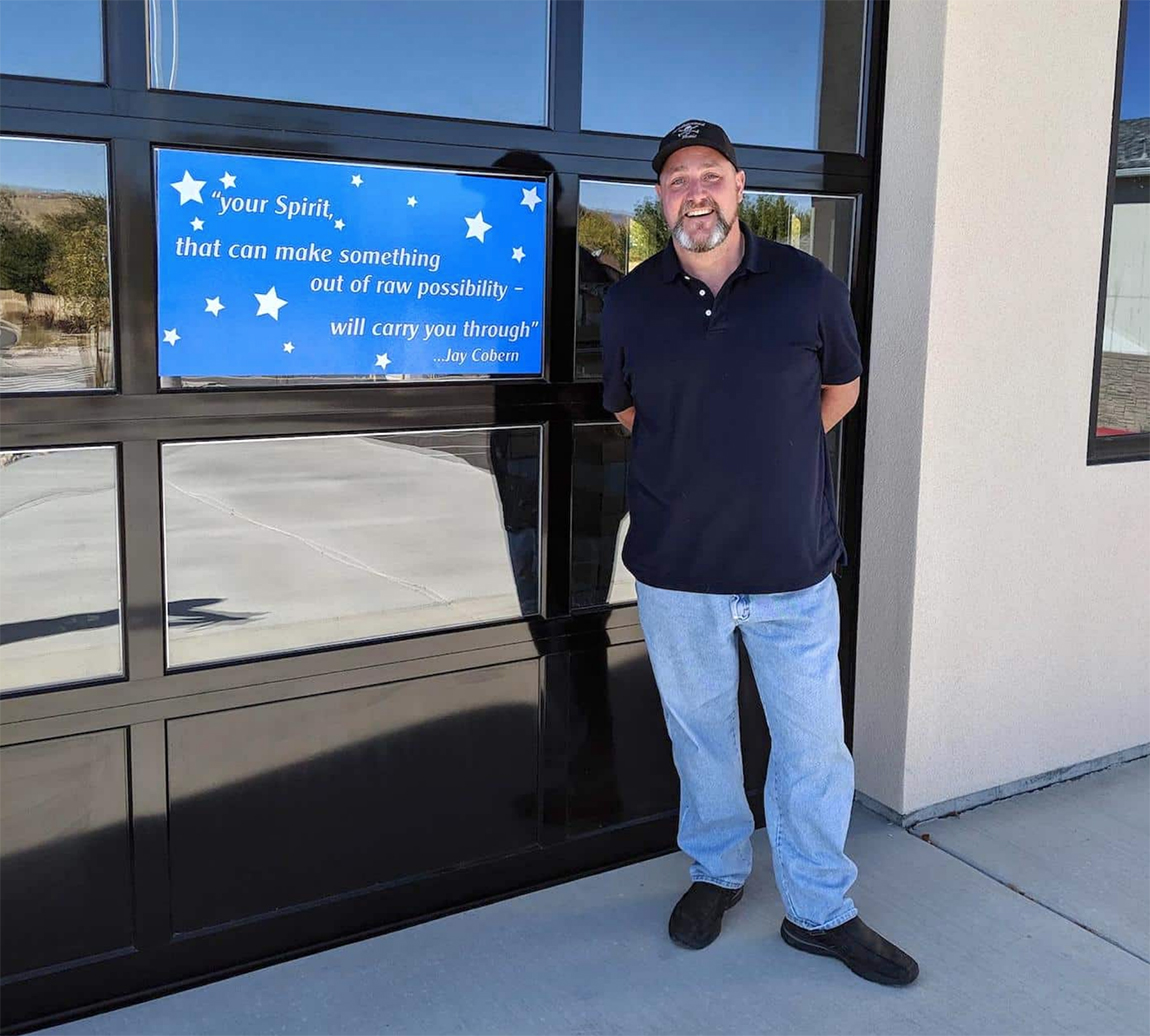 A NEW LIFE IN NORTHERN NEVADA

This time, however, he is rebuilding his life and restaurant in Northern Nevada. After the Camp Fire took his business and home, Flanagan packed up what little he had left and took Highway 70 about 160 miles east to Reno-Sparks. A longtime skier at Lake Tahoe, Flanagan was familiar with region and saw the snow-capped Sierra Nevada as a fresh start. 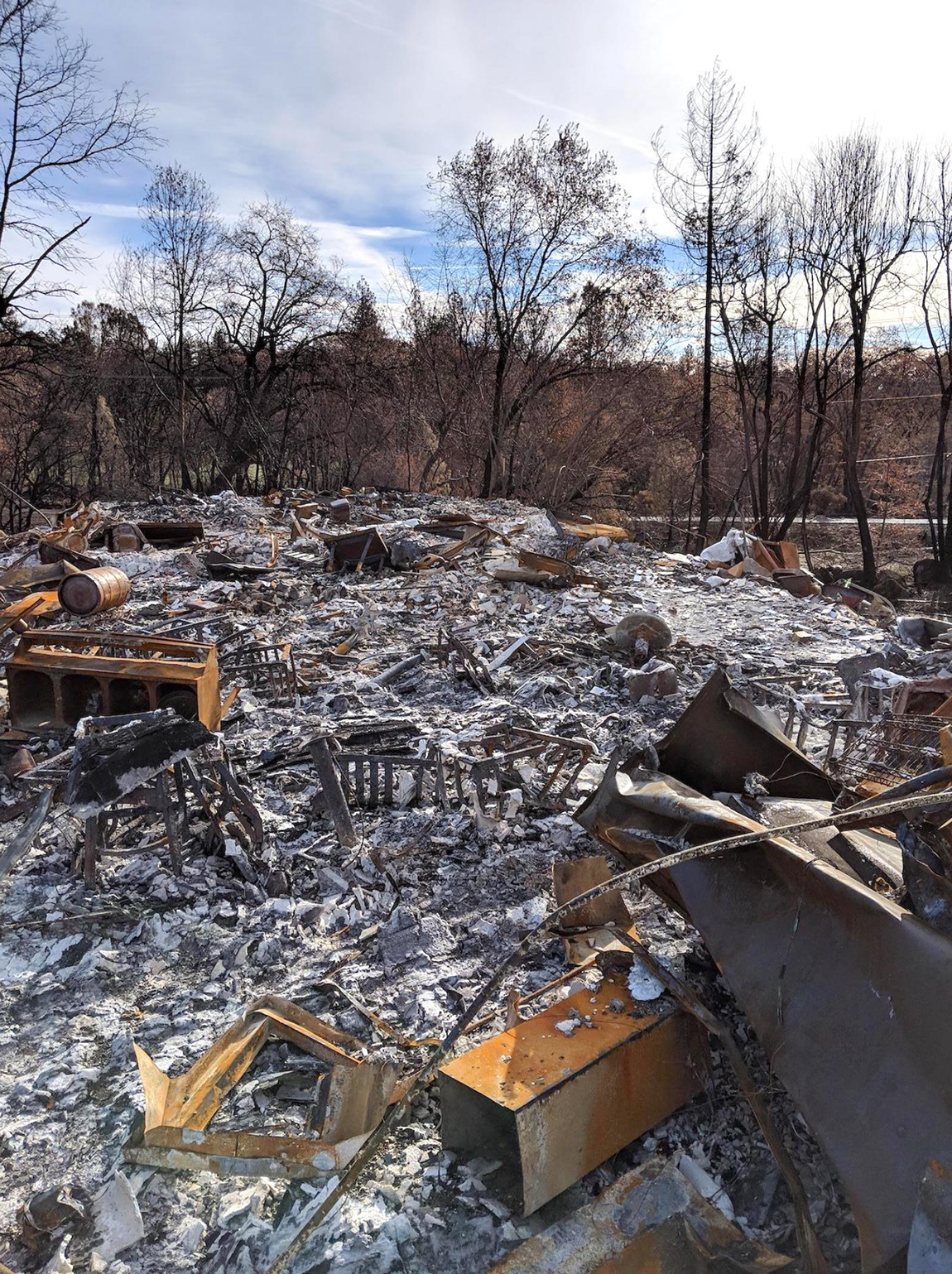 “I needed something so new and so removed from what had just happened to me that coming out to Reno seemed almost natural to me,” Flanagan said. “I have only been to Paradise three times since the day of the fire. It’s hard for me to go back to the area.”

Months after putting Northern California in his rear-view, in March 2019, Flanagan found where he wanted to settle down and rebuild his restaurant.

“I could see how much economic activity was going on in Sparks,” Flanagan said. “Not that there wasn’t any in Reno, but there was an equal amount in Sparks. And the Sparks community felt a lot like Paradise — like a foothills community.”

With that, in October 2019, Flanagan received his business license from the city of Sparks and signed a lease at 360 Los Altos Parkway. Since, he has been knee-deep in the process of building Mamma Celeste’s Gastropub and Pizzeria.

Flanagan said the coronavirus pandemic has not slowed down construction, which he estimated is roughly two months away from completion. Agate Construction teamed with MBA Architecture + Interior Design on the design-build project.

“The ideal goal is to open at the beginning of August,” he said. “I hope by that time bars will be allowed to open — I’ve designed a 20-person bar with 20 tap beers to have a community feel. I hope the powers that be will allow that to function in the way that I designed it.”

In all, the Sparks-based Mamma Celeste’s will be roughly 2,500 square feet and be able to seat 75 people inside the restaurant and 30 more on an outdoor patio, Flanagan said.

He added that centerpiece of the space will be a wood-burning oven, which will be viewable by customers. The building also includes a roll-up garage door, offering an inside-outside feel to the restaurant “on the days the weather allows.”

“It’s a true gastropub, where it has a high-end dining feel to it, but yet it’s going to be very casual and a pub-style setting,” he explained. “And we’ll have a unique patio, with a fire pit, that has fantastic views looking out onto all of Sparks.

“We’re extremely excited. We’re a perfect fit for the growth that is going on here.”

When asked how many jobs the restaurant will create, Flanagan said it depends on what the COVID-19 guidelines look like when they open up. Assuming guidelines are eventually loosened, he expects to have a staff of about 25, the same number of employees he had in Paradise.

In fact, the Mamma Celeste’s owner said roughly six employees from his former restaurant have moved to Northern Nevada to start the business with him.

“I feel very proud and fortunate,” he said. “It speaks volumes of them. Two years later, they want to continue the fun that we were having. “Camp Fire or COVID, it’s not going to stop my dream of serving people, and making them happy with food. That’s what I’m most excited to do.”